Do You Feel Like You Are Failing At Your Job? 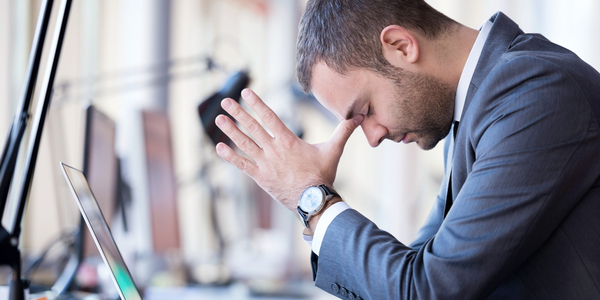 First and foremost, here’s what you need to know: When you feel like you are failing at work, it doesn’t mean YOU are a failure. And this is important to remember. In their book Humility is the New Smart, Edward Hess and Katherine Ludwig point out that as humans, “we tend to ‘defend, deny and deflect’ when confronted with failure. Our evolutionary fight-flee-or freeze response is triggered by fear of failure and embarrassment that interferes with our ability to engage in creativity, critical and innovative thinking, and emotional engagement with others.”

In other words, if you tell yourself that you are a failure, you’re unlikely to be able to engage the emotional distance necessary to reflect on what happened and learn from the situation. You are more likely to go into a tailspin of remorse, anger and blame.

Most of us have had no formal training in how to think, listen, learn or experiment through inquiry. No one really taught us how to emotionally engage, to manage emotions, to collaborate, or embrace mistakes as learning opportunities. Instead, we sometimes get invested in being liked or admired by others and making sure we don’t look bad. We want to be right. We are intent on not making mistakes.

In the process, we’re doing ourselves a disservice. As Daniel Dennett writes in Intuition Pumps and Other Tools for Thinking, “Mistakes are not just opportunities for learning; they are, in an important sense, the only opportunity for learning or making something truly new.”

I don’t use the word “failure” anymore. I prefer the word “breakdown,” which I define simply as an interruption in what you thought was going to happen. Things just didn’t go the way you anticipated. A breakdown typically causes either a surprise or an upset, or some kind of disturbance.

Being upset about the breakdown isn’t a choice; it’s an automatic emotional response. But the key is to build “muscle” through breakdowns. You must get better and faster at moving away from an unhealthy response. This allows you to you fail fast so you can get back up and get going again.

To do this, you have to learn how to take the sting out of failure. The best leaders regard breakdowns as a learning experience, not a pretext for punishment. Creativity inevitably involves taking risks and it is understood that the risk taker will sometimes stumble. You must give yourself and others the space to take these risks and experience breakdown or failure. Minimizing unhealthy responses — blame, self-judgment, upset — is the key.

Here are my three strategies for what to do when you feel like you are failing at work:

Defensiveness is a sure sign of a closed mind. And a closed mind isn’t going to learn anything. Notice when you feel defensive and take a breath. Then reflect: What are you trying to defend? What are you afraid will or won’t happen? What might happen if you open your mind and are curious?

In his book Teaching Smart People to Learn, Chris Argyris explains, “Failure forces you to reflect on your assumptions and inferences. So, when smart people do fail - or merely underperform - they can be surprisingly defensive. Instead of critically examining their own behavior, they cast blame outward - on anyone or anything they can.”

It’s not the end of the world if you mess up once in a while, as long as you learn from your mistakes and don’t make the same ones over and over again. Think back to some of the “failures” you’ve had in the past. What did you learn? How can you apply what you’ve learned in this current breakdown? What might you learn from this circumstance? And remember, often, you need distance from the emotionality to really be able to think straight and reflect. Be patient about identifying what you’ve learned. It may take a while to get there.

3.      Get help from others before taking action.

None of us is as smart as all of us. Get help from others to test your thinking before taking important actions. Don’t try to deal with the “bet-the-ranch” kinds of decisions on your own.

The pace of work often leads to frequent breakdowns. Solid leadership requires a fast and effective response to them. Learn from them and move on. Get back on your feet. The people who look to you for leadership are counting on you. They need you to be a steady force and a role model for how to react — especially in the face of a breakdown.