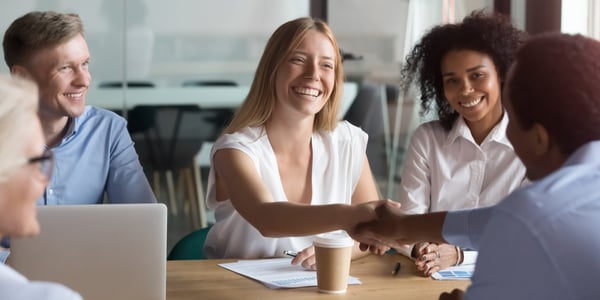 Building a team isn’t as easy as you might think, but it’s not rocket science, either. It’s not only about calling out for pizza and making sure everybody gets along okay in team meetings. Getting a team to work together takes skill.

Where do we learn how to be a better leader of teams? It’s not a subject taught in most undergraduate business courses or MBA programs. We’re often left to figure it out on our own. Get it right and you will cultivate a high-functioning, high-energy team that produces rockstar results. Get it wrong and you will face turnover and rampant dissatisfaction, which will make your days miserable.

I have learned a lot about teaming from two great authors: Jon Katzenbach and Patrick Lencioni. We use their strategies in our work with clients because their frameworks are so clear and easily understood.

Jon distinguishes a working group from a team. They are not one and the same. A working group has tasks that are not interdependent. Kind of like a golf team: Everybody is playing their game, and in the end, the scores will be added together, but your bad shot off the tee doesn’t really have anything to do with me. A team, Jon explains, has lots of interdependencies. Like a basketball team, members rely on each other to get their tasks completed, passing the ball back and forth on the way to the basket. They need one another’s strengths and skill.

In his book The Five Dysfunctions of a Team, Patrick points to the five elements of teaming that produce high performance. It's a short, story-style book that can be finished on a Denver-to-Seattle flight. I recommend that every team leader read this classic.

With those in mind, the following is what I believe are the top five basics every team leader needs to pay attention to.

One: Define the Performance Challenge

I remember learning about how the Boeing 777 had wings, fuselage, the control panel, and other major parts being built all over the world. The coordination of these efforts alone must have been breathtaking! Everyone working together to produce the world’s largest (at that time) airplane.

Does everyone know what they are supposed to be doing? Do they know what others are accountable for? If not, hold a meeting and clear this all up. Without role clarity, no amount of team building will help move your team forward.

Seem super basic? It is. But that doesn’t mean it’s easy. As the team leader, you have to get really clear about what skills are needed now and for the foreseeable future. You have to create jobs with this kind of clarity and either hire for them or transition people internally into the roles you need.

Four: Build relationships of trust and respect among team members

This is critical for teaming to happen. As leaders, we must create an environment in which trust and respect are at the core of team interactions. It’s like Pilates—you have to have a strong core to do a lot of the other stuff your body wants to do.

This is possibly the most challenging thing to do. Trust is elusive; you know it most when it’s absent. Co-workers don’t have to like each other to work together, but they must respect each other.

Well-founded respect and trust grow among coworkers through the recognition of work done well. In high-performing teams, every member recognizes that every other member is there because they are good at what they do. They also recognize that success comes from an ability to work together toward a higher purpose, and that keeps petty differences at bay. But that doesn’t mean there are never any differences.

The scientists who worked at NASA of the space shuttle, for instance, often disagreed heatedly, but they did so with the understanding that theirs were honest differences among peers. They felt that their differences had to be aired in order to advance their common goal. In fact, they viewed them as a positive part of their work. Equally important, therefore, is the ability of a leader to encourage an environment where conflicts can be resolved in a healthy way, with increased trust and respect as the outcome.

Most of us walk through the door with our immediate focus on what’s going wrong. In the process, we fail to value what’s going right. But consider the following:

Stay connected as a team leader to the good things that are happening every day, and let people know you see them. Appreciation is an active search for what’s right with whatever or whomever you come in contact with. And it’s a skill to build.

So there you have it! Five basics for leading a team. Nothing too difficult, right? Let me know which ones you are ready to try