How Remote Teams Can Build Trust From Afar 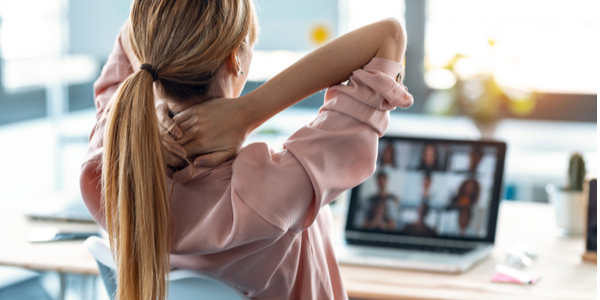 For some of us, it’s been months since we trekked into office buildings to go to work. In that time, the world has changed, possibly forever. Some won’t be going back to that office building, or at least not every day like they did before. “Face time” in the office may happen in shifts, with a limited number of team members. So, what does this mean for you as a leader of a team?

Over the past eighteen months, most teams have turned to technology like Zoom, WebEx and Microsoft Teams to work together virtually. You probably had to expand your stamina and bandwidth to acclimate to days full of back-to-back virtual meetings. Maybe you purchased blue light glasses and a bigger desktop screen. I went from thinking a 90-minute Zoom meeting was a long time to spend interacting via a screen to working 10 hours a day in a virtual setting. At some point, I would kind of forget that we weren’t actually together as the blur of continuous conversation and seeing people’s faces helped numb the obvious.

We thought this would be temporary, but for many of us, this is the reality for the foreseeable future. So now the big question is, how do we move beyond just focusing on tasks and getting stuff done to cultivating vulnerability-based trust on a virtual team?

Chances are, you have difficult feedback to deliver to your team members. You may have been waiting to deliver this feedback until you could be face to face with them. But the longer you wait, the more challenging it’s going to become and the more the issues will escalate.

You have to stop waiting.

You can build trust virtually.

Let’s review what we already know about what high-performing teams do. In order for a team to really sing together, they have to have a few key ingredients: First, they have to consciously engage together in ways that are productive and not destructive. I’m a big fan of avoiding collateral damage and causing no further harm. Part of the way you do this is by building and maintaining trust among team members.

As my hero Pat Lencioni says, “Trust doesn’t take time, it takes courage.” Why courage? Because trust requires that people be real. It requires them to tell the truth about themselves, even when — especially when — it’s not so pretty.

Here’s a great example: We had a rough day at my company yesterday. We are all kind of worn out by the pivoting and learning and new ways of working. Late yesterday, one of my team members sent this text:

I apologize if I was crabby this morning. I’m experiencing a bit of change fatigue given all the transition and ambiguity that has occurred the last year and a half or so. What I want you to know is that forever and always — I am in, supporting our company, and will do what is needed as we navigate the next phase. Even when I’m crabby.

That’s vulnerability-based truth-telling at its finest.

Vulnerability-based trust is predicated on the idea that people aren’t afraid to admit the truth about themselves. It’s also a commitment to not engaging in the kind of political behavior that wastes people’s precious time and energy.

Why is vulnerability-based trust so difficult? Because human beings have this unreasonable desire for self-preservation. The idea of putting yourself at risk for the good of others is not natural and is rarely rewarded in life, at least not in the ways that you might expect.  Vulnerability-based trust is even more elusive when we are connecting virtually. It’s easier to hide behind your screen and just stay quiet until after the meeting or conversation is over.

The key to encouraging your team to open up is for you to go first.

You are the leader, and leaders go first.

Don’t go along with business as usual. Stop. Talk about what matters, what you are struggling with, where you are out of sorts. Share yourself.

It’s up to you to teach team members to get comfortable being exposed to one another and unafraid to say things like “I was crabby” or “I need help.”

Here’s the best part: All of this can happen in a virtual environment. We encourage teams to do a check-in as they begin every meeting. This is an opportunity to share what’s going on in each person’s world and what they are most present to. These check-ins are always enlightening. You get to see a real person with real concerns, triumphs, anxieties and hopes.

Remote work isn’t going to disappear anytime soon, if at all. So stop putting off delivering that difficult feedback you know you need to deliver. Pick up the phone and talk. Do an impromptu Zoom session, especially if something has you hooked or triggered. Have conversations that matter. Talk to your colleagues. Have courage.