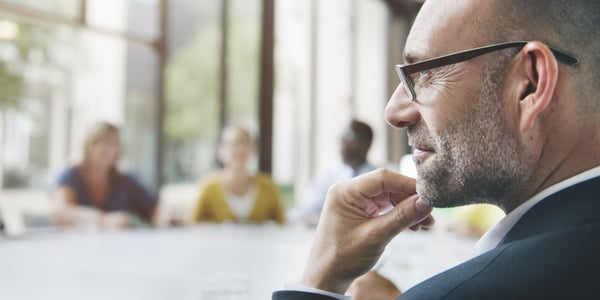 Peter prided himself on being “buttoned-up” as an executive. He had been taught to be professional and polished in every circumstance. This all seemed to work okay for the first decade or so of his career. But then something went wrong. He noticed that his team was uninspired. Their engagement scores were low, and he was losing key people to competitors.

At the same time, he was starting to feel a kind of hollowness about his work and his life. He wasn’t sure if he was really happy. The problem was, he didn’t know where to start or what to work on.

Here is the coaching I would provide to Peter, if he asked me.

Employees today have very different expectations of their leaders than they did a decade ago. They want to work for someone they feel they know well and trust. They don’t expect perfection; they expect honesty and openness. These employees have been immersed in social media for most of their working lives and sharing who you are and what you care about is all part of it. Especially now that the lines between people’s private and professional lives are blurred, you can’t really get away with putting on a different persona for work — not if you want to connect with others in a meaningful way.

Authentic leaders know this. They openly face their gifts and strengths as well as their vulnerabilities and development challenges. They know themselves well. They don’t try to be someone they’re not, no matter the environment or circumstances. And through their own authenticity, they make it safe for others to be themselves at work, too.

Here are three myths that might keep Peter from being more authentic at work:

Peter may think that it’s a good idea to separate who he is at home from who he is and how he behaves at work. But in fact, he is not a totally different person in these two environments. He tends toward perfectionism in both. He likes things tidy and really doesn’t enjoy chaos or confusion, whether it’s with his team or his kids. Seeing the patterns at play both at home and at work can help Peter be a better human being regardless of environment or context.

Authentic leaders are self-aware of their strengths as well as their limitations. They show their real selves to their team and family. They don’t act one way in private and another in public. And they don’t hide their mistakes or weaknesses out of fear of looking weak, stupid or incompetent.

Myth #2: “If I open up and share more about myself, someone could use that information against me.”

Peter has been burned before. A close colleague — a guy he trusted and thought was a friend — sabotaged him by reporting something Peter had shared in confidence with him to his boss. From then on, Peter learned to keep things close to the vest and not trust too many people. He protects himself by being “professional,” which means cool and calm, disconnected, impersonal. But this is all about Peter and his professional safety. He’s playing it safe.

Myth #3: “There’s no time for my team to spend on the ‘soft’ stuff, like sharing with each other and becoming more authentic. We have ‘real work’ to do!”

I have news for Peter. This is real work. Because you can’t get the results you need until you do this work first. Peter’s challenge is to promote a culture of open, honest, positive, helpful, constructive, sensitive communications and the sharing of knowledge throughout their organization. And it’s true — creating a culture like this takes an investment of time. The soft stuff is the hard stuff.

That means Peter has to slow down and focus at least equally both on getting stuff done and on optimizing how his team works together. What’s in the way of productivity and effectiveness? An exploration of the strengths and shortcomings of the team as a whole — and Peter’s, too — could prove fruitful. As Peter Senge wrote, “People with a high level of personal mastery are acutely aware of their ignorance, their incompetence, their growth areas and they are deeply self-confident.” Yes, these conversations take time. And they are totally worth it.

Here’s what Peter could gain by becoming a more authentic leader:

Peter would be well-served to embrace becoming more open and authentic as a leader. And so would you.