Leaders From One Of The Happiest Companies Share Their Secrets 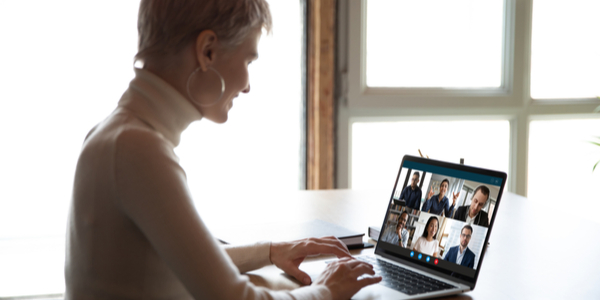 It’s a big darn deal to become one of “The 20 Happiest Companies” from Glassdoor. You have to be doing something really, really right. But not only did ROI Healthcare Solutions make that list, they also won “Best in KLAS”— a recognition given to vendors for outstanding efforts to help healthcare professionals deliver better patient care — two years in a row. KLAS ranked them #1 in loyalty, operations, relationship, value and service.

Everyone is Responsible for the Culture

With business booming, the five partners, are working collaboratively to grow the company and make it a great place to work, even as they expand and bring on more team members. One of the informal cultural expectations is “no drama.” So, they are thoughtful in their recruiting and hiring process, making sure the people they hire will thrive in a culture where addressing issues head-on in a respectful way is the norm.

I also learned from one of the founding partners, Scott Hein, that he holds himself accountable for the creation of a healthy place to work for everyone. He takes good care of people and empowers them to do the right things right. Micromanaging is his nemesis, he says. He learned the hard way as an employee on the receiving end of micromanagement that hovering over people is disempowering. When he became a leader himself, he vowed to give people lots of room to do things their way and learn from their mistakes. Scott provides feedback and input to help guide, but not control, his team.

Something else that was evident from our conversation is that Scott truly cares about the team at ROI. He’s focused and gets to know people on a personal level — their families and challenges, both at work and at home. He remembers things that are important to people, which is at the heart of caring leadership. He offered that he has a “terrible memory” in his personal life, but somehow, the details of team members’ lives stick with him.

The Power of a Collaborative Spirit

Another leader at ROI shared with me that she’s better as a result of working there. Danielle Watson, VP Marketing and Sales Operations, most values the freedom to be “human” in how she approaches her work. ROI celebrates collaboration and team growth over individual perfection. She’s learning to let go of the idea of perfectionism, leaving room to appreciate everyone’s individual and collective strengths.

In talking with the leaders that report to him, Jason Berry, the President, is highly respected and trusted. He holds people to high standards and communicates with respect. He always assumes the best of intentions. Notably, when he’s working with his leadership team, he waits to offer his ideas or thoughts until he has heard the perspectives of his team. He gets them to think together by asking, “What might happen if we do X?” or “What might happen if we do nothing?” He’s curious and genuinely wants to hear people’s perspectives. You can’t fake that. And Jason takes seriously his job to on-board new hires into their culture — to have them get it into their bones.

Here’s the most surprising part: this is a virtual team. Everyone works from a home office or at client sites. All of those challenges of working virtually that so many of us are now dealing with for the first time, they’ve been doing it all along — and in spectacular fashion. What a positive example and a sign of hope that a virtual team environment really can work out beautifully.

Here’s how the folks at ROI Healthcare Solutions define happiness at work:

·      Feeling like you have a say and are heard by others

·      Customers thinking of you as a partner, not just a vendor. The relationship has value.

We can learn from the teachers all around us. Want a happier culture? Follow ROI Healthcare Solution’s lead.