How This Major Company is Tackling Diversity and Inequality Head On 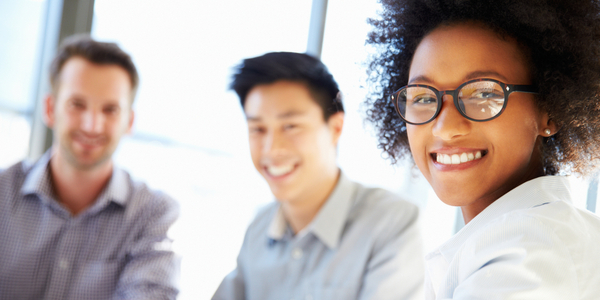 If you are a leader, you are in a position to cause positive change in our world. What will you do in this time of racial uprising? How will you create change for good for all people?

First, within days of the revelations about George Floyd’s death, Enrique Lores, President and CEO of HP Inc., sent out a message to all employees that said, in essence: We have to do better. For many people of color at HP Inc, it was surprising to have their CEO acknowledge a racial justice issue.

Next, senior leaders immediately checked in with leaders of color at HP asking how they were feeling about what was unfolding. And then the executive team guided by their Chief Diversity Officer Lesley Slaton Brown, did something remarkable: They invited Black leaders to share their stories publicly.

Over 5,000 employees listened at HP’s first ever racial equity town hall meeting. There was no script, and it wasn’t about solving things. Instead, the purpose was for Black leaders to have the opportunity to share their personal experiences of being targeted based on race. It was a venue for listening and the entire C-suite was present.

These conversations were eye-opening for many employees who could now see the systemic nature of racism that had been invisible to them before. While these were leaders they worked with every day, most had no idea about their stories. The truth was, no one had ever asked. But now, Harvey Anderson, HP’s General Counsel, felt seen.

In fact, when Harvey shared his story, it shocked people. It made people hurt alongside of him. A face they recognized came to the forefront of racism. And it affected him, too.  “Being a part of these town hall meetings was one of the most powerful experiences of my 30-year career,” he shares, even though he admits, “I had my doubts about it. There were 5,000 people listening. I was stunned by the turnout.”

The message from HP leadership was clear: Not only is it okay to bring your whole self to work, we welcome it.

Incentivize and Take Action for Change

Kim Rivera, HP Inc’s President of Strategy and Business Management and Chief Legal Officer, began championing big change at HP several years ago. As a woman of color and an executive, she’s been engaged with the topic of diversity for more than 20 years, particularly as it relates to corporate America, women and underrepresented minorities in positions of power.

A few years ago, her team of lawyers asked: What can we try that hasn’t been tried before to make progress in DE & I? What would be bold and pull new levers to cause change at a faster pace? From those conversations came the idea: What if we treat diversity and inclusion like other performance requirements for outside legal counsel retained by HP?

And so, they created diversity metrics as an additional performance criterion for their external legal counsel teams. HP would withhold part of its law firm fees until these firms were performing against their diversity metrics. This became a contractual condition for doing business with HP.

Ultimately, Kim wanted some percentage of the external legal fees paid to flow directly to underrepresented minorities and women who often don’t have the same level of access to the kind of work that develops their careers and gives them influence inside their firm.

The results show that it’s a formula that works. As of HP’s most recent fiscal quarter of measure, 95% of HP’s law firm subject to the HP Diversity Initiative are compliant, up from 46% the first year the program was implemented. Kim’s vision and law firm initiative have been so powerful that they’ve inspired others. HP now finds itself teaching and sharing what they’ve done and how with other company leaders.

As for why they do it, the reason is simple: HP believes that the success of the company hinges on innovation, and they cannot innovate and create a winning culture without diversity. Because they believe driving diversity and inclusion is core to their success, the level of rigor, thoughtfulness, and commitment at all levels is strong. In turn, this has led to a sustained effort to find ways to change mindsets and reinvent approaches to tackling the challenge of driving greater diversity, equity and inclusion.

As Ramona Schwehr Neal, Senior Counsel at HP, puts it, “This is a call to courage. Push yourselves to have uncomfortable conversations. It’s about feeling heard and being seen, about bringing your whole self to work. It’s about making room for people to share their stories and taking the time to listen.”

Ask people of color to share their story. Be courageous. Be vulnerable. You will see that we are all human. Yes, we are different, but we are all human. We need fair and equitable social justice policies. How do we advance this?  Through listening, understanding and not being a bystander.  The landscape of influence and making a difference has changed. As a leader, build a culture of respect and belonging.  You have to believe you are the one who will impact this.