The Importance of Speaking Truth to Power 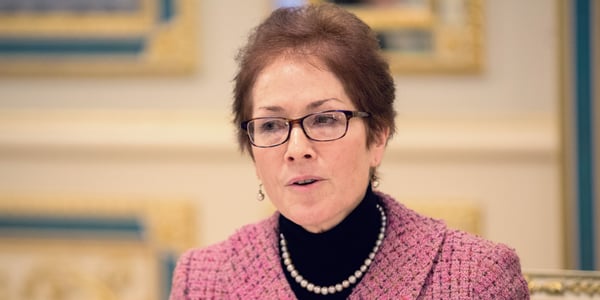 I am inspired by Nancy Pelosi’s clarity. When a reporter asked her recently if she “hated the President” as she was leaving the podium after a press conference, she turned on her heel and stated clearly, "I don't hate anybody." Clear boundaries in place. And a good example for the rest of us women leaders to do less pleasing and apologizing and more clear articulation of exactly where we stand.

In fact, Pelosi is just one of several powerful women who’ve made an impression during the impeachment proceedings. Fiona Hill, the former top Russia expert on the National Security Council, also demonstrated clarity and strength during her testimony during the hearings in October. As John Cassidy wrote in The New Yorker:

“Her testimony will be remembered for her manifest smarts, her directness—a trait of the region where she grew up—her steely self-confidence, and the moral earnestness she displayed. She said she felt a “duty” to testify despite the fact that it had led to her being subjected to a harassment campaign.”

And in a Washington Post article about female authority, Monica Hess wrote, “Marie Yovanovitch took her turn at the witness table in the impeachment hearings. Impressively credentialed and equally poised, the former Ukraine ambassador’s testimony prompted a standing ovation in the hearing room.”

Speaking Up and Speaking Out

Speaking truth to power is always unsettling. But it’s how strong leaders are built. In today’s digital world, some are finding that social media is a particularly effective way to voice their frustration, fears, hopes and concerns.

Consider Congresswoman Alexandria Ocasio-Cortez, who uses Twitter to connect to her constituents and share what she cares most about. She’s not afraid to have some fun and be unapologetically herself. This kind of “speaking up” is changing the rules about who has a voice and what their perspective is. Speaking truth to power can happen this way, too. Anyone can participate in changing our national conversation about these important issues right now, in the short term, as well as changing our political norms and conventions for the long term in ways that are healthy and more inclusive.

We’re fortunate to be living in an era where more and more women are showing us how it’s done. From watching Hilary Clinton navigate bias in the 2016 presidential election to the brave women who sparked the #metoo movement. From the moms who started #blacklivesmatter - Patrisse Khan-Cullors, Alicia Garza and Opal Tometi, to Megan Rapinoe of the US soccer team who took a knee for racism while also fighting for equal pay (and being honored as the 4th woman to be named Sports Illustrated’s Sportsperson of the Year.) From Christine Blasey-Ford testifying calmly against a blustery Brett Kavanaugh, to all the women who are demonstrating leadership during the impeachment inquiry, women are provoking change and doing so with a steady persistence rooted in grounded ideals. These women are clear, determined, forthright, strong, unshakable, honest and driven by what matters most to them.

Resolve to Not Be “One of the Boys”

Years ago, I wrote about the seven traps for women leaders. One of them was “Being One of the Boys.” This referred to our tendency to try to adapt and fit in to systems and rules built by men for men in the workplace. I don’t want women to fit in to unworkable systems. I challenge women leaders to change the way organizations and teams work. I want women to raise their voices and speak up about what’s not working and never has.

So, here are three things to stop doing right away if you are a leader:

1.   Don’t wait for permission to proceed. Instead, give yourself permission to do what’s needed and what serves a larger ideal that you care about. Leadership is an act of creation. Go first and others will follow.

2.   Don’t apologize. You have a right to be. And yes, you are messy and imperfect and may not have all of the answers. But you have a right to show up and be part of the conversation that’s going on. Stand tall and speak without apology.

3.   Don’t wait until you aren’t afraid. You can speak up even when and especially when you are afraid. Yes, your voice may quiver — that’s okay. But don’t fall silent waiting for your fear to subside. Courage is experiencing fear and taking action anyway.