The One Word That Great Bosses Never Use 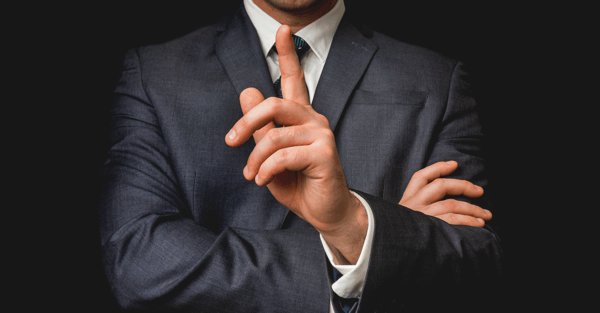 Gregg Thompson, President of Bluepoint Leadership, remembers the moment vividly. He was doing something stupid off the field, he told me, and then a coach said something so powerful to him, it still registers to this day, many, many years later.

“Gregg, you are better than this.”

From that point on, Gregg became a self-motivated learner and leader.

Here’s what Gregg’s coach didn’t do: He didn’t shame him. He didn’t say, “Gregg, you should use your head.” That’s what we call “shoulding” on people.

If you are a team leader, you probably think you need to keep raising the expectations of the people who report to you. This is partly true. A good team leader stretches their people, coaching and encouraging them to reach for their next level of performance. But one of the least effective ways to motivate is through shame and comparison: “You should be more like Mike – he’s a real go-getter.” “You should listen better.” “You shouldn’t care so much about what other people think of you.”

Sounds a bit like someone talking to a child, doesn’t it? Well, if you are the one setting and raising performance standards, you may feel like you’ve taken on the role of parent at work, and your team members are the kids. But this isn’t healthy for anyone. Trust me, you want FFAs — Fully Functioning Adults — on your team.

In fact, your primary job is to inspire people to raise their own personal expectations — accessing intrinsic motivation rather than extrinsic motivation. Intrinsic motivation is for grown-ups. It’s about developing new habits and ways of communicating not because you should but because it’s time to do things better. It’s time for an upgrade in behavior or approach.

Your job as a team leader is to help people see their own brilliance and skill. To remind them of the bigger idea that they are a part of. To share your perspective when they are acting small. But not to shame and should on them.

Here’s another way to think about it. In her talk Developing a Growth Mindset, Stanford professor Carol Dweck shares an idea she calls “the power of not yet.” She tells the story of a high school in Chicago where students have to pass 84 units to graduate. If someone doesn’t pass, they don’t fail; instead, they get the grade of “not yet.” If you fail, you are nowhere. But if you are told “not yet,” you are on a path of learning. Eventually, you will get there. The power of “not yet” is a fundamental belief that the student is on their way, step by step. No shame. No shoulding on them.

Letting Go of Your Shoulds

Joann, a current client of mine, is working on interrupting some long-held habits that are getting in the way of her next-level of performance. She is working to be less sarcastic in interactions with others, offering more wisdom than wit. This is all stemming from her own internal drive to keep learning, to keep getting better. Her boss thinks she’s terrific – no change needed. With this in mind, she’ll have to keep accessing her own sensibility and motivation for change, remembering why it matters and why it’s necessary. That’s the work of a grown-up.

Now let’s talk about you. What is it that you think YOU “should” be doing? I coach many leaders who have a whole range of shoulds: I should be more organized. I should be a better mom/dad/partner/friend. I shouldn’t travel so much for work. I should meditate. I should give people more developmental feedback. I should speak up more.

Sometimes I invite my clients to make lists of all of the things they think they should do to be the perfect fill-in-the-blank. One mother of young children wrote on her list that, to be a perfect mom, she should be available to her children 24/7. I said, “Really? When would you sleep?” What do you think you should be doing more of and less of? Consider that being hard on yourself and shoulding on yourself isn’t motivating or even helpful.

I’ve found in over three decades of coaching leaders that people develop new habits when they are ready to and not a moment sooner. Shaming and self-loathing doesn’t inspire change. Yes, when they are ready, they often hire a coach to support them and to have an external source of accountability. But I don’t should or shame them into action. I invite them to make promises they can keep, little by little, building the muscle of integrity – doing what they said they would do because they said so.

Get the idea? Stop shoulding on yourself and others. Do this instead:

Being a good team leader is a wonderful challenge that will ask much of you. I know you are up to it. Go be great.