Three Ways To Handle Criticism Without Losing Your Cool 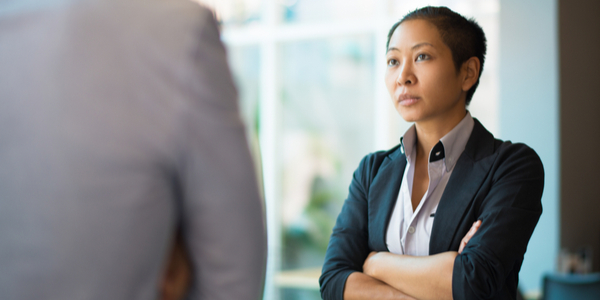 Let’s talk about that dreaded “f” word, “feedback,” aka a nicer word for criticism. When I was in graduate school, a “feedback-rich” environment, a colleague shared with me that she didn’t want to be around me because I was too “messy.” I wasn’t at all sure what that meant, but I made up that she meant that I was overly emotional, reckless, immature and irresponsible. Let’s be clear — I never verified with her that this was what she was telling me. But her feedback bugged me for years.

As a result, I tried to be less messy, more in control and more put together. And maybe that was a good thing. But it also dampened my self-expression and creativity. I was a bit too buttoned-up. I had taken her criticism entirely too personally.

When a person offers you their “feedback” or criticism, it is often more about them than you. It reflects stuff that annoys them or behaviors they can’t be around. Even so, you are well-served to listen and hear them out.

Let me share with you the three tips I have gleaned from my experience as a leader and coaching leaders.

I heard a saying years ago, “If there’s a kernel of truth in that carload of crap, admit it and get on with it.” The key to turning criticism into something useful is to listen for the core bit of truth embedded in the message, and then use it to improve your performance as a leader. Get busy working on the stuff that you can change.

When someone criticizes you, take a breath and count to ten before you speak. The feedback you get won’t always be pretty. It might sound like, “You always…” or “You never…” Those are fighting words! But that doesn’t mean you should engage the reptilian brain. This oldest part of the human brain has only three super-limited responses: fight, flight or freeze. You don’t want to do any of these — not at work and not with your colleagues. Instead, you want to remain calm and listen.

3.   Mirror back what you have heard.

This third tip requires some new skill. Mirroring is a tool to learn that works in a bunch of different communication contexts. It’s the process of accurately reflecting back the content of a message from a sender. The most common form of mirroring is paraphrasing, which is a statement in your own words of what you heard.

Sender says, “I don’t feel appreciated by you. You are too busy to really notice what I’m working on or what I’m doing around here. We’re all pretty burned out.”

You say, “Let me see if I got what you said. You don’t feel that I appreciate you or even notice what you are working on. Others feel burned out on the team. Is that right”

Sender says, “Yes, that’s right.” If the answer is “No,” the sender explains what was missing or added without a hint of criticism.

If you don’t understand part of what the sender has communicated, ask for clarification: “Can you give me a specific example of what you have seen me do or not do?” Don’t do what I did in graduate school and make up a story about what a person really means by their feedback.

Finally, let your sender know that what they have said makes sense to you and mention anything you want to say about fixing what’s been pointed to: “Your frustration makes sense to me. I have been too heads-down lately. Thank you for having the courage to come and talk to me directly. I’ll do better.”

Being criticized is no fun. It’s one of my least favorite parts of being a leader. But the best leaders I have worked with are steady in the face of criticism. They don’t get blown about by every little thing that is said about them.

Leadership is not about being popular and having everyone like you. If you are doing your job right, you will have critics and naysayers. This isn’t fatal. Don’t let it unhinge your power and influence. Develop the muscle to hear critical feedback, determine what is really worth paying attention to, and get back to work. In the end, you’ll increase trust, respect, and authentic communication among your team.