You're The Boss! Now How To Manage Your Former Peers 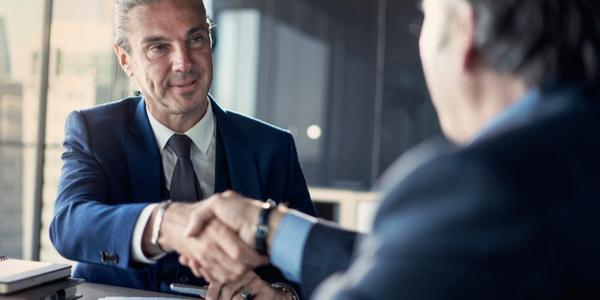 It happens. Bright people like you get noticed—and then promoted. You wanted it, you worked hard, you went for it, you deserve it, you got it – now what? The first challenge is navigating the awkwardness that often arises with the people who used to be your peers— your crew. You’re now the boss. How should you handle the changes and challenges?

I remember my own experience going through this. I was just 25 years old and working alongside Linda, a loyal woman with a big-hearted laugh who had been with the company for 19 years. During my first year at the company, she and I shared an office, and we traveled together across the country for site visits. Then our boss promoted me over her.

Linda was furious. If you were evaluating things based on tenure with the company, then she should have been the one who got the promotion—and that’s clearly how she felt. And so, one of the first lessons I had to learn as a new manager was how to work things through with a disgruntled employee.

I read everything I could get my hands on about leading a team and supervision and the basics of management. I worked all day and came home at night and studied. I wanted to do it right. I wanted to be a good boss. But Linda still hated me—right up to the day, several years later, when she quit.

With that battle scar in mind, I want to help you do things better than I did. Here are some ways you can ease the transition with your former peers.

In the early days after your promotion and job change, don’t meet with your entire team all at once. Instead, set up one-to-one meetings with each of your team members to find out how they feel about the changes. Meeting as a team gives people too much room to hide behind one another. Eyeball-to-eyeball conversation allows them to say what needs to be said directly to you.

Ask open-ended questions like, “How are you feeling about me being the team leader?” “What needs to be communicated for us to work together in this new construct?” And finally, walk through each person’s role and ask where and how they need your support to do their job well.

If you find out someone on your new team is being passive-aggressive about your new position, pull that person aside privately and address it. You might say something like, “I have heard comments from others that you aren’t happy with me leading this team. Would you be willing to have a direct conversation with me to voice your concerns?”

It’s better to do this early than to wait and find out that a whole bunch of stuff got said behind your back instead of directly to you. Listen and listen and listen until people who are disgruntled have said what they needed to say. They may be jealous that you were promoted when they wanted the job. There may be subtle sabotage from those who don’t believe you are up to the role or that you were unfairly promoted. Deal with any of this mischief directly. This sets the tone for direct communication and preempts any complaining behind your back.

Communicate who you are as a team leader

As soon as you can, take the time to articulate your values and vision for the team— what the team can count on from you and how you like to work. Share your rules for the team, such as, “I prefer to have people come to me directly if something isn’t working. Don’t gossip about each other or me behind my back.”

Of course, to do this, you need to know who you are as a leader. Gaining this clarity takes some thought and consideration. You might want to work with a coach to help.

One client of mine created a brilliant “manifesto” in her early days of leading her new team. Here is an excerpt:

Be prepared for aggressive questioning and challenge. Avoid being defensive and insecure—the whole point of discussion is to see if all of us can come up with a better idea than any of us had going in. One of the hallmarks of a great team member is independent thought and the security to test ideas without defensiveness and ego.

This document took her days to craft, but it was worth it. It served her team for years. The manifesto made it clear for everyone what she valued and what she would and wouldn’t tolerate as a team leader.

Once you’ve done this, take your team on a one-day “advance” out of the office. You may have experience with a team retreat. They’re often some combination of strategy, team bonding and fun. The truth is, for many teams, they’re only an attempt at fun. And many struggle with the bonding piece, too. An “advance” is where you focus on sharing who you are as a new leader. You don’t have all the answers, and you need their partnership.

Share what you care about, your core values, your ideas about creating a culture where people are happy and love working there, a place where people work together for something good. A team advance is about empowering them and yourself to be bigger.

These are some of the early things you can do to smooth your transition from peer to manager. Hold onto your sense of confidence and learn, learn, learn. The adventure is rich for everyone on the team.